Delightful Myhorizon participant, Nick Kreutzer, has had his sights set on 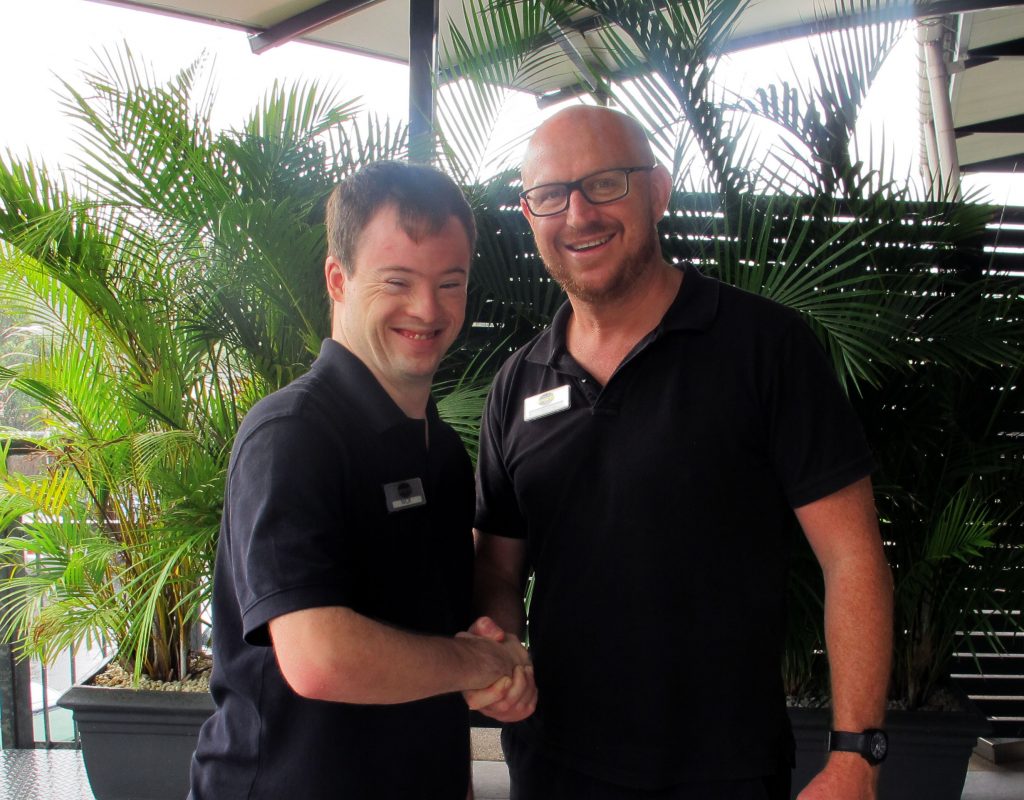 working in the hospitality industry for a while now, and has recently commenced working at Capalaba Sports Club.

Going to work and helping the restaurant staff with a variety of different tasks is what Nick says he enjoys most within his new role, as well as learning new skills. He even says he would love to be the Manager one day.

Nick’s supervisor at the Sports Club, Troy Morton, who also happens to be his Disability Support Professional at Myhorizon, has praised Nick’s proactive and enthusiastic approach to his new role at the Club.

“Since Nick has been working at the club, he has improved his skills in listening, eye contact with people, and also his increased confidence, and the feedback I’ve had from Nick’s co-workers here at the club has been extremely positive” says Troy.

The supportive team at the Club enjoy having Nick as part of the team and value his contribution and positive energy. The Capalaba Sports Club is known for its strong community spirit and has been providing support to the local community for over 30 years.