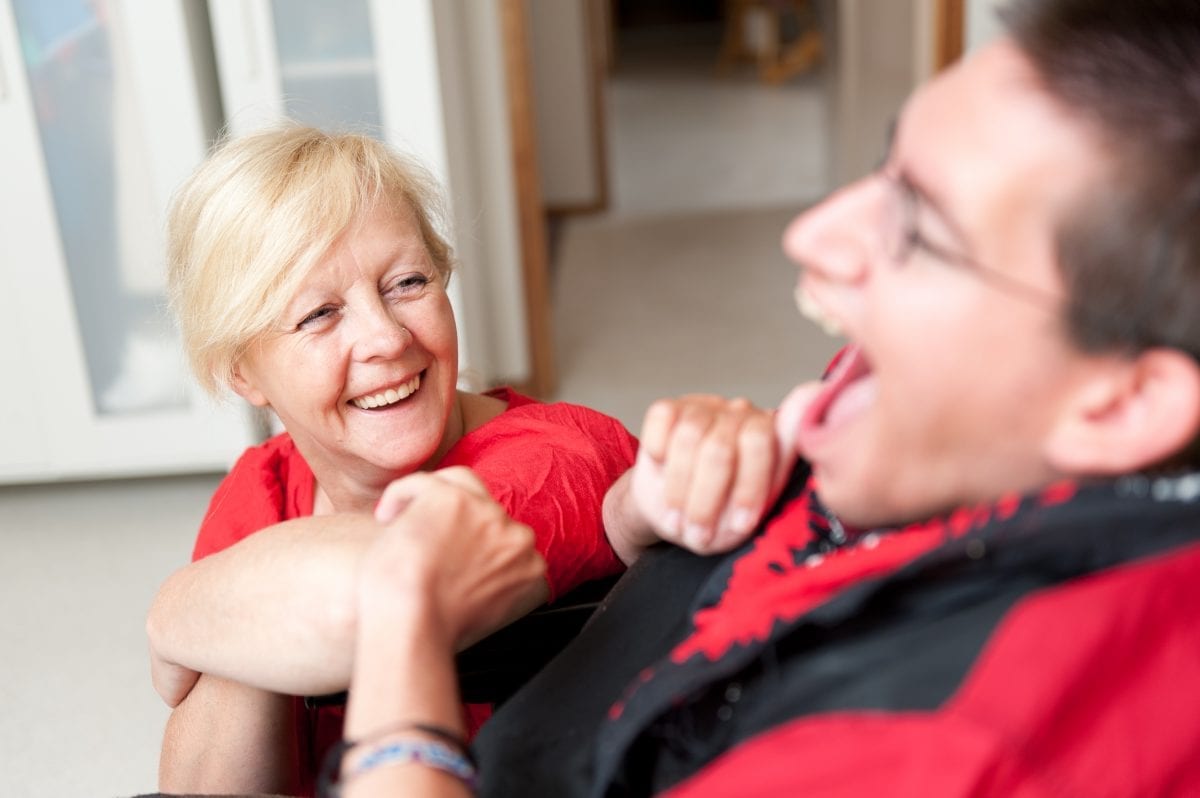 Since the introduction of the NDIS, various Allied Health services have been life changing for many participants, and in high demand both in the Redlands and great South East Qld region. 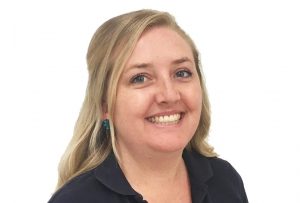 For participants based in the Redlands and looking for current vacancies with a trusted Allied Health service provider, Myhorizon offer Speech Therapy services to both children and adults, with a strong family and client centered approach, delivering a caring service that is of the highest quality and transparency.

Speech therapy can benefit both children and adults with support in areas of conversation skills, voice, speech or stuttering, reading and writing, eating and drinking, and using and understanding language.

Myhorizon resident Speech Pathologist, Caitlyn Leese is passionate about improving quality of life for her clients.
“I want to give my clients the ability to communicate by delivering programs and supports that are encouraging and fun.” Says Caitlyn.

To make an appointment with Caitlyn, contact us today. 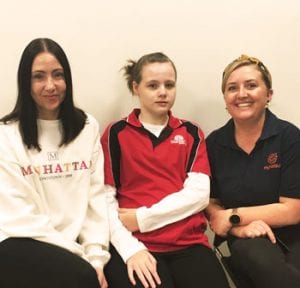 For 13 year old Jemma Sims from Capalaba, holding a two way conversation with someone can be a daily challenge, and an area that she has been working on regularly with Speech Pathologist Caityln Leese from Myhorizon.

“I’ve been working with Jemma since the start of 2019 helping her to ‘connect the wires’ and join together elements of her communication and language. Many people may not realise that speech therapy covers more than just speech. It also involves communication, language, swallowing, fluency and many other aspects.” Says Caitlyn.

Jemma’s mother Coral‐Lee, has also seen a positive difference in such a short time. “She has been picking things up really quickly. Caitlyn seems to be filling in the blanks for Jemma. All of a sudden, stuff is making sense.” Says Coral‐Lee.

As a Speech Pathologist, Caitlyn’s philosophy is to make therapy fun and play based to engage with her clients. Thanks to the NDIS, more people can now access these allied health therapies as part of their individualised funding packages to support their goals.

“Before NDIS I couldn’t afford any therapy services. Jemma hasn’t had speech therapy for years, so the NDIS has been a blessing.” Says Coral‐Lee.

Click here to find out more about Myhorizon’s allied health therapies available to both children and adults, or connect with us via our online Contact Form. 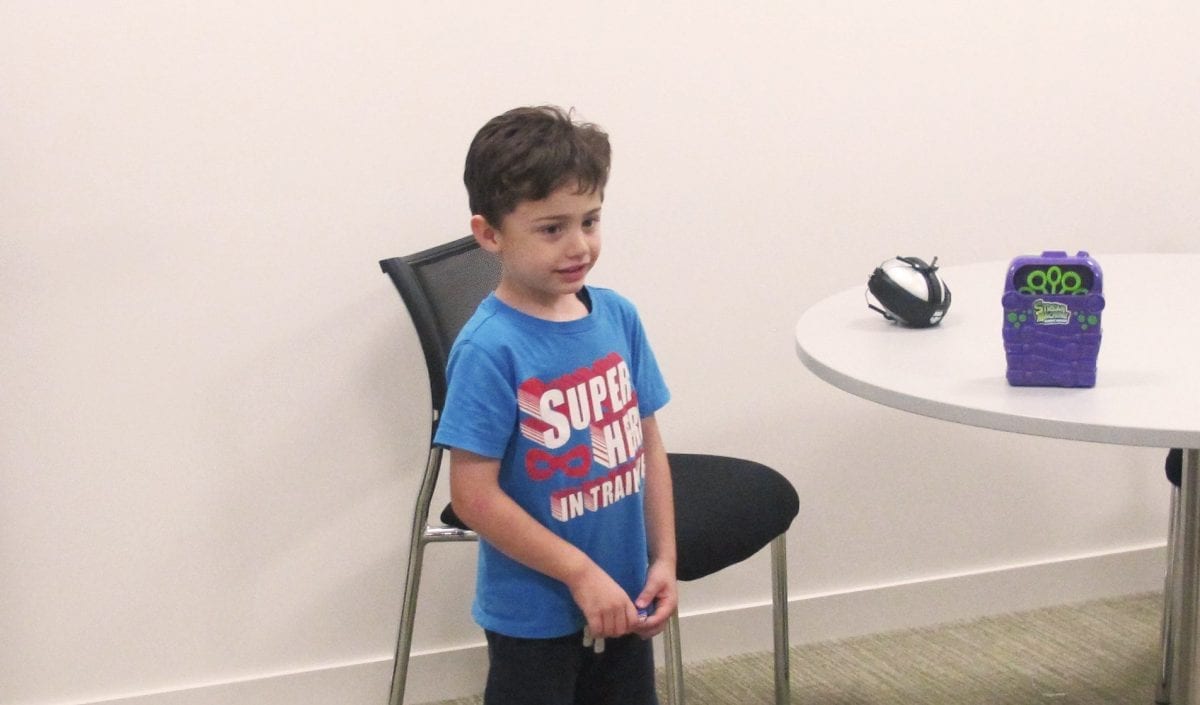 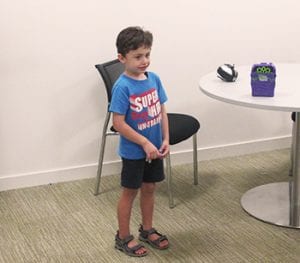 Meet Jaxson, a happy go lucky five year old boy who loves to jump, run and climb and is happiest amongst his peers at his local mainstream kindergarten. Jaxson was diagnosed with  ASD Level 3 (autistic spectrum disorder) when he was 2 years old, and since then has also been found to have sensory processing disorder, is non-verbal, and also has ADHD.

Jaxson’s mother, Sandra, speaks candidly about the roadblocks she and her partner have experienced the last few years with many mainstream services not meeting Jaxson’s needs.

“Being in a mainstream setting is where Jaxson is most happy however he wasn’t getting the support he needed and I felt lost and didn’t know where to turn. I heard about Myhorizon’s Early Intervention Services last year and decided to give them a call. After speaking to the team there, I finally felt like I found someone who could offer some understanding and options for the first time. I ended that call with tears of hope.” Said Sandra.

Myhorizon was able to provide a range of educational resources for Sandra and her family to learn about Jaxson’s diagnosis and possible treatments and therapies available. The Early Intervention team were then able to schedule time to observe Jaxson in his kindergarten environment and give feedback as to what best supports were needed for Jaxson in that setting.

“This was a game-changer for Jaxson and us as a family. It gave us hope and a path forward and options where we were at a point where we felt like we had no options.” Said Sandra.

“Jaxson is completely non-verbal but it doesn’t mean he isn’t vocal. Getting an appropriate communication pathway for Jaxson has been quite difficult, however working with the Therapists at Myhorizon has allowed Jaxson to trial a communication device where he can push buttons on a special device to speak to us, which is usually very expensive and out of reach for a lot of families so we’ve been extremely lucky. It’s been a huge thing for Jaxson as a person and the people trying to communicate with him. We are also currently trying to explore a further trial with an eye-gaze component just to see if that helps him communicate any better.” Said Sandra.

Sandra and her husband Lee, have also benefited from the MyTime Respite  sessions held through Myhorizon where they’ve been able to meet and talk to other parents with similar experiences. “It’s so good just to have that support, someone to talk to, someone who knows and understands about your child’s disability. We went through a stage of being very alone and finding it very difficult to self-educate over Jaxson’s diagnosis and difficulties, and getting to meet other families. Not all kids have same disabilities and not all kids have same struggles with the same disabilities, but it’s been great meeting other families and other kids and it’s been great doing it in a supportive setting.”

Sandra has recently worked through the NDIS planning process with Myhorizon’s team and is awaiting Jaxson’s new package like many other participants, so Jaxson’s supports can continue. “I initially found the whole NDIS process confusing and overwhelming but the Early Intervention team at Myhorizon helped us through it all and made sure I had all the right information ready.

“Finding the Myhorizon Early Intervention team has been one of the main positives of our journey with Jaxson. It’s been the most helpful in a therapeutic and personal level too.” Said Sandra.

When asked what Sandra’s ultimate long-term goal is for Jaxson, she wants what any parent wants for their child,

“I’d love for things to be made more accessible in the community for Jaxson and other individuals like him. I want him to experience his educational journey with his peers. That’s where he’s happiest and thrives the most. And long-term, I want him to have the opportunity to live independently and have a job one day, whatever that may be.”